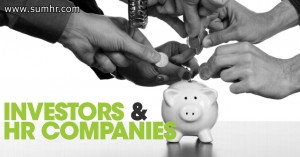 the startup ecosystem, HR has often been at the bottom of the pyramid, usually overlooked and majorly outsourced. Although the "recruiting" arm of HR gets its fair share of limelight, the remainder of the HR functions often fall into the pit. However, change is inevitable, and with that the so called "prosthetic" arms of HR  are now seeing the light of the day.

2012, the year of workforce revolution, saw organizations incorporating social media in branding and marketing of their products/services.

2013 pushed social to a new high and companies in all earnestness began integrating social technologies into the HR function.

Snap to 2014 and this integration of social media and HR technology has formed the status quo, so much so that you’ll find a startup with a shoestring budget has a FB page even before they have set their business strategies.

Now when you talk startups, you talk funding and if startups and funding were a family, they'd never be complete without their patriarch -- the venture capitalist (VC) and his booty (VC funding). Before treading any further, let's first set our basics straight!

What is Venture Capital?

Venture capital (VC) is the cash provided to promising early stage startups by investors (referred to as venture capitalists or VCs) as an equity capital. Simply put, it is the money invested by investors in exchange for a certain stake in the ownership of the company, with an interest to receive high returns on the eventual IPO or liquidation of their shares.

With that background, let's now move on to the topic of our blog…

Recall the opening line: In the startup ecosystem, HR has often been at the bottom of the pyramid, usually overlooked and majorly outsourced.

Although the aforementioned may be more of an organizational perspective, the fate of HR was no different when it came to VC funding, until recently (you’ll know why). So what was it exactly that made VCs turn their backs on HR startups, particularly on HR software startups?

1) For starters, it's no child’s play to build an HR software from scratch. It takes time, consistent efforts and money – lots of money!

2)Building it is just one aspect. The cherry on the cake is the complexity issue.

3) HR software systems manage employee data, track leaves, monitor attendance, calculate payroll, generate appraisal reports, etc. Although most of these functions are standardized across organizations, many are not. That brings in additional customization efforts to make the software a snug fit for the company.

4) When VCs look at a startup to invest in, they look for a business that will gain momentum rapidly. Thus, when it comes to enterprise software products, their trajectory might not exactly be the one of a Facebook or a Google. This sometimes can be a high risk.

5) Travel back a decade and you'll find yourself in an era where Excel and fax machines were God! There were hardly any buyers for HR software. That posed the VCs with a plethora of questions on whether the technology will work and if miraculously it did work, what exactly would it cost to go against the God.

Those were the old times. If you make a market analysis now, you'll see that there is a ripe market for HR technology startups, with the legacy systems struggling to take off the "outdated" bumper sticker slammed on their heads.

Too good to be true? Well, take a look at the frenzied acquisitions and IPOs that have surfaced over the last decade.

1) The major acquisition that formed a cornerstone for many other acquisitions was the almost hostile takeover of PeopleSoft Inc by Oracle after an 18-month long spiteful struggle. The once leading provider of enterprise application software was now Oracle’s puppy.

2) The more recent string of mergers include the acquisition of Indeed, a job search giant, by Recruit Co. Ltd. The valuation of the deal was touted to be of $1 billion. What's notable is that this multi-billion dollar baby was almost entirely bootstrapped but now is minting revenues at 30% growth every year (VCs take note!)

3) The next in line is Workday, a cloud-based software that helps run HR and corporate financial systems, had a blockbuster IPO with a $10 billion market capital. It is a hot commodity in the HR tech market and is considered capable of giving the software biggies a run for their money. Unbelievable? Did frenzied acquisition of Workday's competitors SucessFactors and Taleo by SAP and Oracle not have an ulterior motive? ;)

(Time to take a look at the scene back home…)

6) Next up is PeopleStrong, an HR outsourcing company that received an undisclosed amount of funding from HDFC Holdings and Lumis Partners in 2013 marking a landmark move in the HR space.

7) Another notable Indian startup solving problems of the HR world is InterviewStreet, a SaaS based platform that allows companies to conduct programming tests for screening candidates. InterviewStreet was the first Indian startup to be a part of the US-based Y Combination Incubation Programme in 2011 and has also received its first round of funding from Khosla Ventures.

3) Another stat according to IDC (International Data Corporation) is that the HR management application industry is expected to grow up from $10 billion in 2013 to $13.5 billion in 2017.

4) Overall, in the last 10 quarters, almost $1 billion were invested in companies that solve real world problems faced in the HR and recruiting space.

Having pointed out the high activity going on in the HR space and how it's becoming a hot commodity, here are 7 reasons why we think VCs should invest in HR companies:

‍1) For starters, every employee in a company needs to have access to human resources application to check leaves, manage attendance, fill out reimbursement reports, or simply interact with co-workers. This means a lot of users.

2) From the organisations perspective, these talent management applications do not contain critical data and hence can easily get past the security apprehensions many companies have about putting data in cloud.

3) With so many companies looking to extract every bit of productivity from their employees, HR software systems seem like an attractive deal to both buyers and investors.

4) The burgeoning distress in our economical conditions only makes it sensible to make more out of fewer employees and these HR systems go a long way in delivering that.

5) Talking of competition, the hotshot software barracudas like Oracle and SAP are now starting to feel spent and outdated with soaring maintenance costs. This paves way for the younger generation of Web software firms to surface and take over the reigning empire from these software giants.

6) These new-age HR software firms are working towards sufficing the need of the hour i.e. developing software that is as easy as dabbling in Facebook or Pinterest.

7) What also might benefit VCs is the fact that these enterprise software minions are in a position to overtake their multi-million dollar counterparts who although have a string of applications/services to offer, but are now shifting to a newer nimbler cloud-based version.

It is by all means, a very conducive time to invest in a HR technology startup as these startups are addressing real world HR problems. At a time when hiring and retaining top talent has become a daunting task, HR tech startups are definitely worth a shot for VC funding.

PS: If you could just take a look around, you’ll see our very own in-house HR tech startup and it won’t hurt to give it a shot too :-)

5 Necessary Factors that Every HR Must Include in Their Budget

Different types of HR software based on the functions they offer

How Reducing Employee Turnover Will Help Save Costs Effectively in the Long Run!

How to Hire and Train Hard Workers for your Team

How HR Analytics can help with HR Reporting

HRMS and Employee Training: Importance in the Workplace

How fun activities at the workplace can help boost employee morale!

Preventing Overhire and Saving a Substantial Chunk of Your Budget

How-To Guide For Managers Creating a Work From Home Policy

Also in
HR Insights and Infographics 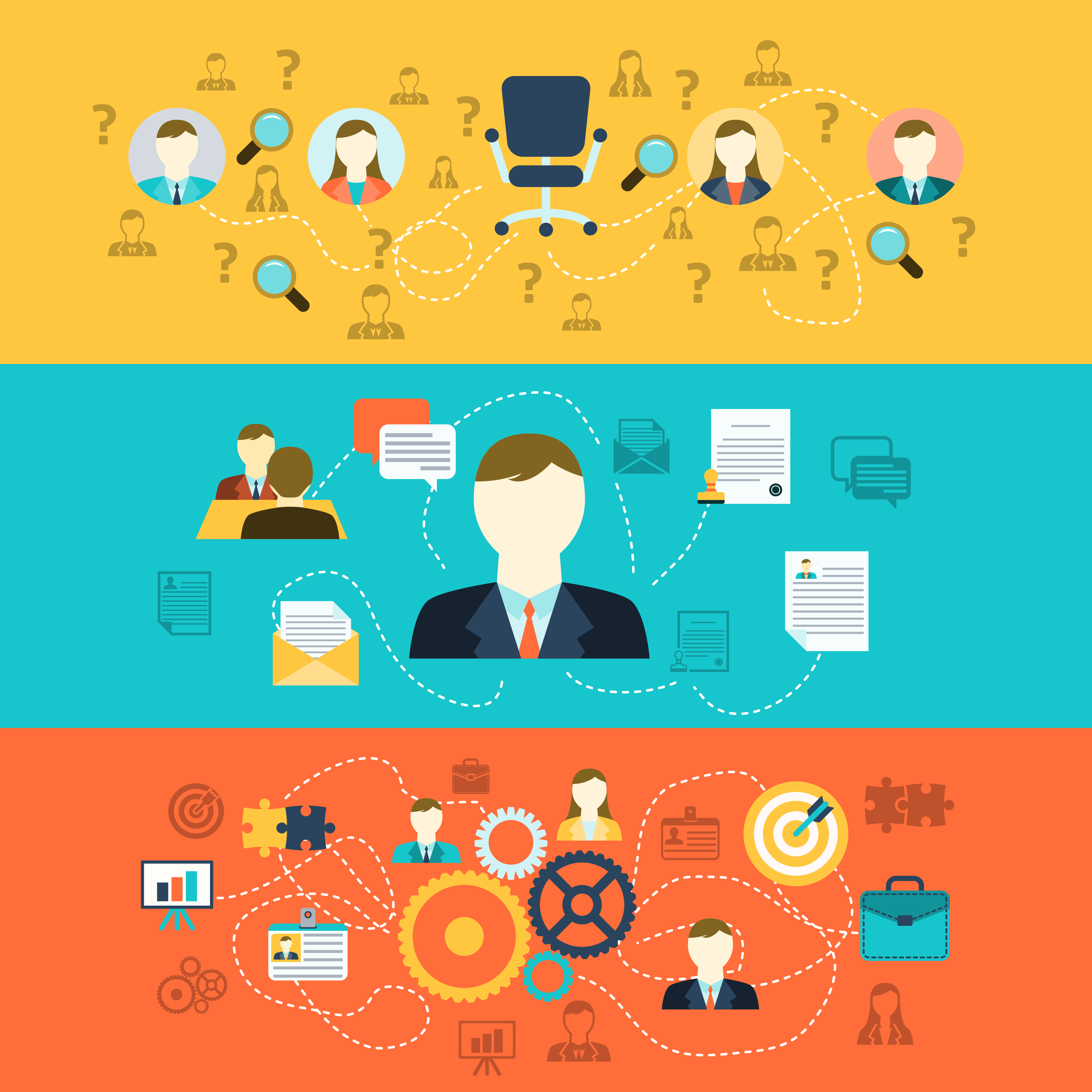 Human resources is a managerial activity that assists managers in recruiting, selecting, training and developing personnel for a business. It is focused on employee engagement in companies. The following aspects represent the core of human resources: 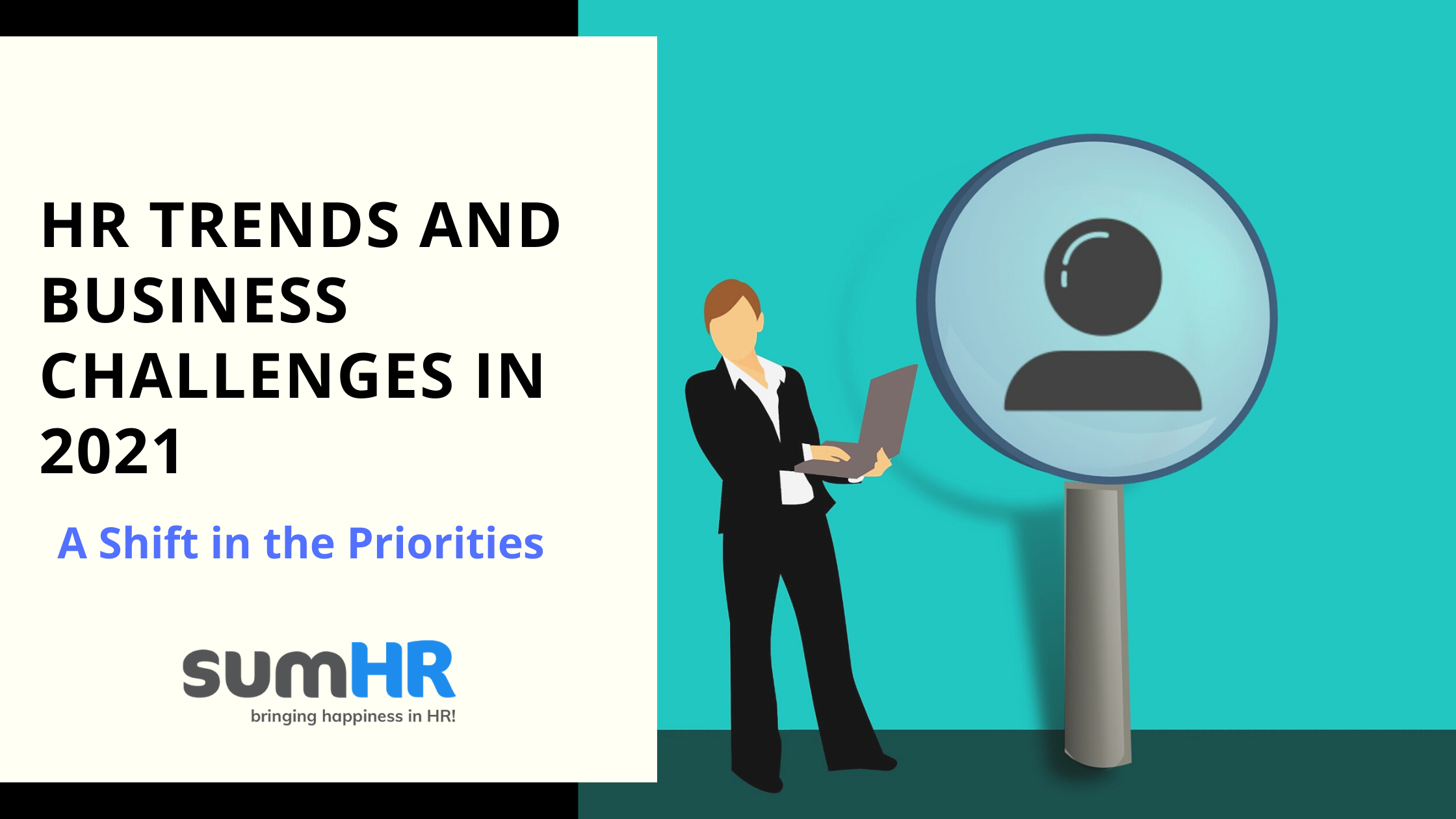 7 HR trends you need to know in 2021. As the pandemic continues to tear into the world's economy and peace, businesses worldwide have turned to HR leaders to hold their hand through this crisis